October 01, 2014
Yeah, I will! ;w;
2
0
Liked by: Hat-chan Fifty Shades of Decu
October 01, 2014
Nope. I should, though. I was told The Butcher wrote one, so I'll get to that eventually. Probably after Happiness Charge Precure, which is pretty great.
0
0
October 01, 2014
People's Democratic Republic of Danada
...
Also Quebekistan, Canukistan, etc.
2
0
Liked by: TwiceBorn Twitter NEET Symphony

Saber Tank
October 01, 2014
BLLRBRLBLBLBBRBLBRL
1
0
Liked by: Artemi
October 01, 2014
So poofy.
1
0
Liked by: Magical Minty
October 01, 2014
Back during PXI (as an edgy teen) I came away with the feeling that everything was a farce and we were all wandering in the dark, in some kind of permanent illusion. During NNN I was fine with finitude but sceptical (or maybe just disappointed with the apparent fact) that meaning and language couldn't to the heavy lifting that I wanted it to do. A good part of NNN can be seen as a sort of rueful acquiescence to the view that no word spoken ever has the same meaning twice and that narrative fiction is more like setting out a natural environment in which different creatures find different things over time instead of a sort of warhead for delivering particular images and ideas. This also makes the role of the reader, even the most careful reader (or critic) look quite different.Looking forward, On The Subject of Witches is going to be re-evaluation of fiction and life in general in light of such a view. Where PXI was dark and MUH EDGE and NNN was caught up in artifice, I want Subject of Witches to fully embrace the idea of being an artefact of a barely-grasped life and world in motion, even as it claws at something permanent, transcendent, unattainable. The feeling will be like wandering through a misty forest, barefoot and alone. There will also be cute girls in trouble, weird scary places, and spooky witches. Which is the main thing, really.

1
0
Liked by: TwiceBorn
October 01, 2014
Thanks, dawg. =w=
0
0
October 01, 2014
I've owned: an Atari 2600(?), Genesis, Saturn, Dreamcast, PS1, PS2, PS3, DS, 3DS XL, and Vita.
0
0
October 01, 2014
0
0
October 01, 2014
If you're a real magician the whole deck is aces.
0
0
October 01, 2014
Consider the set of 53 distinguishable people and 85 indistinguishable dividers (i.e. 86 subsets, possibly all but one empty)first consider only the placement of dividers, ignoring distinguishability of people and allowing for empty subsets
multiset select: ( n + k - 1 choose n )
(53 + 86 - 1 choose 53 ) Now introduce order for each trip
(52 + 86 - 1 choose 53 ) * 53!Hrmm... ??
0
0
October 01, 2014
Same as having 1 deck and allowing multiset selection (i.e. if you pick a 6 of clubs you can pick it again if you want for {6C,6C,6C,6C,6C,6C})so
choose multiset : (n+k-1 C k)
n=52
k=6
(52+6-1 C 6) = 36288252Hrrmm... I THINK that's right.
0
0
October 01, 2014
Nope, everyone's pretty different.
0
0
October 01, 2014
Well, this one made intuitive sense at least.
Take a pile of n things, split it into two side, Pick two things. You're going to be picking two items from a single side (A or B), or one item from side A and one from side B. It's got to be the same as just picking two things from the larger pile.
3
0
Liked by: Ratman Blargkkake TwiceBorn
October 01, 2014
These days I like Bandom, Rorty, Davidson, Sellars. Descartes is what got me hooked in the first place, though. But all said, I'm a real dilettante. I read this stuff first to be unsettled, then for therapy, and finally as fuel for comics.
1
0
Liked by: Blargkkake
October 01, 2014
Sometimes I wonder if I should have gone into physics like my dad (graduated at the top of the country) and my little brother (now doing his physics PhD at MIT) or if I should have followed my heart and gone into philosophy... but then I remember: nope. This damn drawing bug! It had me from the very start and has consumed every other part of my life. Drew Paper Eleven, Nana, T42R instead of doing my CS assignments - Wrote NNN instead of going to work, quit my job and kicked Miss Orange Dress to the curb to do stupid Vampire Bride and Subject of Witches stuff... It's almost a shame. From the beginning I thought mathematical knowledge was the only real, first-class knowledge we have and the one most worth respecting (and I still do, to a certain extent), but here I am drawing silly cartoon butts and I can't put the damn stuff down. It's not /really/ a shame, though -- I would have never made any useful contributions to those more useful fields anyway. Sigh. I'm content to pick away at these comics until my time's up and it's the only thing I ever really enjoyed in the fist place... but man, it is a selfish, useless, frivolous pursuit. 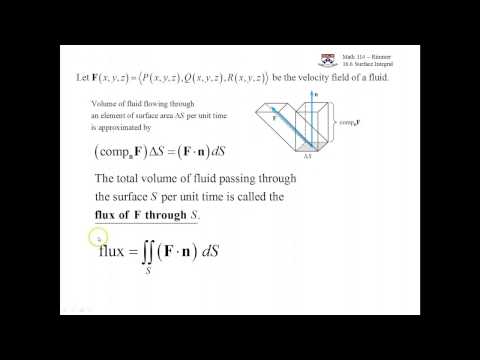