May 22, 2015
;ww; please win, starry leedah!
1
0
Liked by: Leedah
May 22, 2015
I know about it! I want to play it, but I don't have much time right now. Too busy with comics and my backlog. I'm still picking away at Grandia (now on disc 2) and Etrian Odyssey Untold.
0
0
May 22, 2015
All the time. I had a really hard time naming Annis and Victoria/Vicky/Bikky/Vee. For Vicky, I needed a name that could be said a lot of different ways since she was a lot of different things to different people (hunter to the witches, guardian to the templar, Vee to her BFF, Bikky to her bweh, etc.) ... and for Annis, I needed a bro name that somehow still fit with the Templar theme... I spent a lot of time looking.Anyway, my naming sense is pretty odd (maybe just bad?) -- Yvv, Yn, Rn, Cv, Ynna, Algis, Penny,Asatimine, Calistor... what? At this point I just try and pick what sounds right to me and don't worry about it too much afterwards. If Wii and Dreamcast can sound normal after a while, then any name I pick will be alright.
3
0
Liked by: Zodd Evil Steve Heather F. Crunch

Saber Tank
May 22, 2015
It's not that everyone will stop buying them, it's that many studios may find it MORE PROFITABLE to develop for mobile devices with a billion+ install base, smaller development costs, less sophisticated/demanding audience, multiple monetization streams (F2P, ads, flexible pricing, etc.) and so on. Konami looked at the numbers and decided that it made sense for them. More will follow suit.As that continues to happen, eventually have to to question the logic of the console model itself. What is a console and why do we have them? They're pay-to-enter gated markets. That's what they are. And we have them because the console creators can sell an audience to developers and sell exclusive games to the audience and take a big enough slice that it's worth their while. If any part of that falls apart for a particular console, then that console disappears. Consider the mobile sphere just one more gated market on the block... one more new console. If business in that gated market is better, why wouldn't a studio enter that market? In fact, if, every dollar invested in that new gated market did better than a dollar in their current market, they should put ALL their dollars there.And remember that the market shapes the product. We already have cut-content Day 1 DLC, nickel-and-dime DLC, $100+ special editions, season passes, microtransactions, and some of the the biggest games in the world are already F2P ones (League of Legends, Clash of Clans, etc). The internet allowed us to make the insides of games themselves low-cost to zero-cost gated marketplaces. MARKETPLACES IN MARKETPLACES. The lower the gate fee, the more nickel-and-diming. I'm sure you know that Valve hires world class economists to study Steam and suggest ways to set up games as economically productive units: hats, paid mods, buying banners for Dota, trading goods across games, etc. Other companies are, of course, trying to find the best mechanisms to maximize value extraction, too.

My concern is that EXTRACTING MAXIMUM VALUE always wins in the boardroom. It trumps more interesting design, creative vision, and certainly player enjoyment. Those things matter only insomuch as they get you to pay. In the world world where there was a $60 ticket up front and ONLY that cost, games had to compete by saying that were worth that ticket price and give you a good experience so you come again. In a world where there's no up front price and only a tiny, unknown sliver of the population will pay huge amounts, 99% customers are worthless and are treated as such... and the game doesn't compete by giving you a good experience that makes you want to visit again, but by casting a wide a net as possible and catching the suckers (aka whales).Anyway, there might still be niche markets where the audiences are too small to support such shenanigans. But I expect the same forces that gave us hats and F2P will continue to grow stronger. "Player oriented design" may soon be little more an art-house virtue.

1
0
Liked by: Evil Steve
May 22, 2015
It's a profit deal. ;w;
If you have a 40 million dollars, better to make 40 mobile games and hope for a hit (which you can then milk nearly forever) than make one big AAA game and make maybe a few percentage points profit and stops selling two weeks after release...It's the end, man. It really is over. Except for a few big AAA franchises (which will continue on repeat until they die) and the occasional decent indie game, we're done. Without new huge exclusives, consoles will go, and that means AA will have to switch to PC and mobile, too... and mobile is far more doable for an AA-sized company.Sigh. At least we got to live to see the golden age of gaming. It was a nice ride while it lasted...
0
0
May 22, 2015
I'm living it now! ;w;
Thanks, everyone...!
3
0
Liked by: Hat-chan Evil Steve
May 22, 2015
It's exciting!
I enjoy reading each entry as I work throughout the day. =w=
0
0
May 21, 2015
You're not crazy! You might need to do something crazy to find Gwyndolin, though...
0
0
May 21, 2015
1
0
Liked by: Evil Steve
May 21, 2015
Ha ha, thanks. I love Azumanga. =w=
0
0
May 21, 2015
Since they were little sisters in North House. Annis was the ring leader of the misfits until Bikky (the mysterious transfer student) showed up. They fought a lot, but when Annis was ousted by her second in command and the gang started running wild, the two teamed up and set things straight. From then on they were true friends and went on to fight many campaigns in the outside world together and saved each other's lives many times...They are true broest of bros4lyfe.
4
0
Liked by: Virado Evil Steve Magical Minty
May 21, 2015
She'd get 40 puppies and cling to nohorn husbando and never let him go.
2
0
Liked by: Evil Steve Leedah
May 21, 2015
If only I had given her the cake of wisdom instead of the cake of power...
1
0
Liked by: Leedah
May 21, 2015
Guh... leedah! Don't forget who you are! Fight for the herd!
TnT
2
0
Liked by: Leedah Attarou
May 21, 2015
Just get better at rolling and you'll do fine! Also try fighting without lock-on. =w=
0
0
May 21, 2015
>: T
She's doing her best!
I know she'll win in the end... for love and justice and cake! But mostly the cake!
3
0
Liked by: Evil Steve Leedah Attarou
May 21, 2015
>: T
Saint Blossom Starry Leedah will never lose!
3
0
Liked by: Leedah Attarou Evil Steve
May 21, 2015
I think they were they were something different from humans and giants you see guarding Anor Londo. You can hit up the lore videos later, when you finish the game and need to take a break during NG+... =w=
0
0
May 21, 2015
...
https://www.youtube.com/watch?v=c6GKgrHTz1I 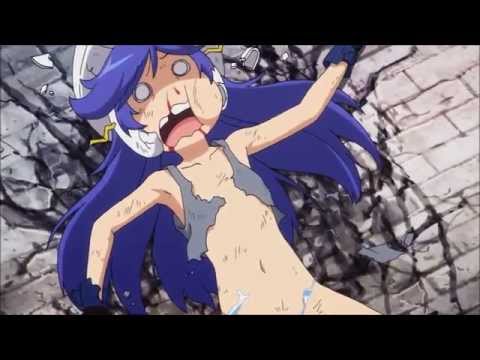