Saber Tank
August 26, 2015
;ww;Thanks, anon.It's pretty nice right now. =w=>mfw?
2
0
Liked by: Evil Steve
August 26, 2015
;~;7DESOLATION
DEVASATION
WHAT A MESS WE MADE
WHEN IT ALL WENT WRONG
1
0
Liked by: Fifty Shades of Decu
August 26, 2015
Just the cost of having a massive organization that has to appeal to the mainstream to stay alive...... Kukuku~ but I lucked out! I'm in a R&D section so I don't have to worry about that stuff (for now...)Anyway, I lived through the birth of freemium and F2P, anon. That ship sailed long ago.
1
0
Liked by: Evil Steve
August 26, 2015
You'd be surprised!Some folks are straight up weeb gamers like me, others are board gamers who got sucked into vidya games by accident, while others are challenge gamers (SL1 Dark Souls runners who play Ys, like one of the gameplay programmers I work with -- a fellow neckbeard who wore a Fakku Hen-Tie shirt to work) while others barely play games at all (2D artist who only plays scrabble on her phone).All sorts around here!
0
0
August 26, 2015
;~~;7I expect half the studio to call in seek that week...
0
0
August 26, 2015
At the reception for the International Manga Award I was told that there's a copy of NNN in a little glass case somewhere in Japan (can't remember where). It's a nice thought.Besides that, nope! Maybe I should make a series of frosted butts or something. If Murakami can do it, why can't I?http://shape-and-colour.com/2008/05/16/murakamis-my-lonesome-cowboy-15-million/Anyway. Here's a pic from the reception! Probably the last I'll manage unless Witches really turns out.
9
0
Liked by: Nonevah psuedostar xtej Artemi Fifty Shades of Decu usagiiiiii Dimunsis Attarou Evil Steve
August 26, 2015
Sure did! Getting same day delivery so I can come home after work and find it waiting in my apartment. =3=
0
0
August 26, 2015
>mfw joining the evil empirehttps://www.youtube.com/watch?v=d5mK7dzyUkM 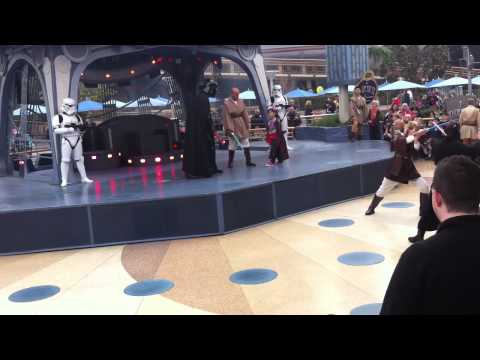 2
0
Liked by: Chris Charabaruk Hat-chan
August 26, 2015
;~;7I'm stiiillll
in a dreeeeam
Snake eaaateerrrrrBA BA BA BAAAAAAH~M
0
0
August 25, 2015
U shud feel liek a caek on a cutest ok jus assept it =3= muu
0
0
August 25, 2015
I am going to zero work done in September.
3
0
Liked by: PrinnyAnon NINJA Fifty Shades of Decu
August 25, 2015
Embrace the bully inside you!!
1
0
Liked by: Fifty Shades of Decu
August 25, 2015
>mfw Konami fired Kojima because they already created three clones of him... les concepteurs de jeux terribles...
11
0
Liked by: Ratman xtej Tamashii Nubum Eligible Husbando #1 Evan John Fifty Shades of Decu Twitter NEET Symphony Hat-chan
August 25, 2015
2D > 3D
Always and forever, anon.
1
0
August 25, 2015
That's a nice way of putting it, anon.
In a way the penguin is lucky. He goes off into the unknown. The man knows where he's going and goes anyway.
1
0
Liked by: Anthony Ray
August 25, 2015
I believe the scientific term is "manlet".
3
0
Liked by: Anthony Ray Chris Charabaruk
August 25, 2015
>tfw we were born in time to experience MGSV;~;7
0
0
August 25, 2015
But why should we have such categories to begin with and why that range of behaviours rather than some other range?Well, you (probably?) can't account for every individual's behaviour, but it's probably(?) a question accessible to sociobiologists when it comes to putting together a story about the range of behaviours over a population. Just the same way you might try to put together a story about why any colonies behave the way they do instead of some other way...hmmwell, allergy medicine really kicking in now.Cakenight!
0
0
August 25, 2015
Interesting article from a few years ago:
http://www.nytimes.com/2009/01/25/magazine/25desire-t.html?pagewanted=allAlso, just going off the cuff here again, but ever notice how fujos love (need?) the uke/seme thing? They seem to need and get off on high status and low status, domination and submission. The seem to love the office/seat/rank rather than the inhabitant of that office/seat/rank. The cheerleader dates the captainship, not the particular captain... well, with some variation, of course.Meanwhile, if you look at male-oriented gay porn, it's quite different (again, with some variation). Check out Gengoroh Tagame. TCAF (Toronto Comic Arts Festival) did a whole thing on his stuff.
1
0
Liked by: Nonevah
August 25, 2015
I'm enjoying it! Especially now that things are picking up.
Looking forward to egg collection and teacher trouble. =w=
0
0
August 25, 2015
Evolved trait: opens the door for harems. That's my guess, anyway.
1
0
August 25, 2015
Sure thing:
- Medium rare patty with salt and pepper and a perfect crust
- Nice buttered/toasted egg bun
- fried mushroom
- caramelized onion
- lettuce, tomato, yellow mustard, ketchup, Frank's hot sauce, mayo, slice of melted Quebec cheeseMmmm
3
0
Liked by: Saber Tank Twitter NEET Symphony